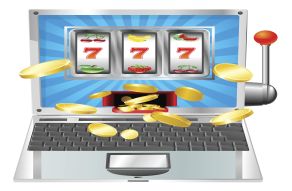 A common misconception in the online slots world is that every win that's really worth your time is going to come from a single jackpot. A recent winner from BitStarz Casino shows that this simply isn't true. One lucky woman, who goes by the name Rebecca, was able to take down a winning streak worth €51,238.47 over two days of play. This is an impressive amount of money in and of itself, but it also included a record-breaking win.

How the Record Was Broken

This lucky lady broke the BitStarz Casino record for the largest win with play on the Supernova online slot. This game is powered by Microgaming, and she was able to pick up a win worth €16,500 on a single spin with it. That's not all that surprising for players who are familiar with Supernova and its atypical format that lends itself to some pretty top-heavy payouts if you line up the reels in the right way. It uses three reels and three rows with 27 ways to win, but winning combinations can be made even bigger by extra reels that only spin under certain conditions.

The Other Games Played

A number of other games were played by this lucky woman, and it just goes to show that you can spread your play around and still end up with some big winnings. A total of about €10,100 was won on Playboy with another €9,030 coming from Goldilocks and €5,110 being won on Wild Bear. Rebecca's winning streak really shows that you don't have to hit a million-dollar progressive jackpot to pick up some impressive wins, and what makes it all that more impressive is that it all started with a deposit of just €200.

BitStarz Casino has shown itself to have a lot to offer players in the relatively short time it's been open. They have a good game selection and lots of fun promotions. They've shown with Rebecca that they're in the business of producing winners, and this even goes for players who like to jump around to a lot of different games. BitStarz has hundreds of titles to choose from, so players will have no problem finding plenty to enjoy.