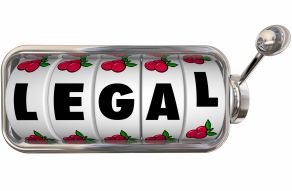 For the past few years, more and more European countries have been setting up regulatory frameworks for online gambling. Getting these frameworks pushed through a gauntlet of political maneuvering is hard enough, and it can lead to some major delays. This has been the case in Ireland for quite some time, but they were finally able to come to an agreement and get things going. Now they have announced their initial batch of two-year licenses to a total of 27 companies.

The first name on the list they released is Paddy Power, and that surprises appoximately negative five people with a five-person margin of error. Paddy Power is the largest sportsbook in the country, and they also sponsor the largest land-based poker tournament in Ireland as well. In spite of some of their ridiculous marketing and breaking the UK record for the most complaints on an advertisement after running a rebate promo for a guy with no legs in a murder trial "if he walks," Paddy Power is the logical fit to be the head of the pack.

Plenty of other extremely well-known names round out the list. This includes PokerStars, Boyle Sports, bet365, William Hill, Betfair, Ladbrokes, Betfred, Full Tilt and SkyBet. A number of other companies are also licensed including Bet-at-home, SkyBet, 188BET, Matchbook, Gala Coral and Nektan.

The original Betting Act of 1931 was the foundation for the 2015 amendment that added in the licensing and regulatory guidelines for online gambling. This is the natural extension of law on the subject, but the fact that they added it as an amendment to existing law is something that many other countries haven't done. It makes sense for them, but the gambling laws for other countries tend to be less formal and more pieced together, and that makes it more difficult to do.

With all of that side, it's great to see another major European market going the regulated route without trying to block foreign operators and companies from getting licensed. Estimates are at about €25 million per year in taxes and fees that the Irish government will raise from this industry, and that's money they wouldn't have been getting before. When you add in more oversight and security for players, it's a win-win situation all around.