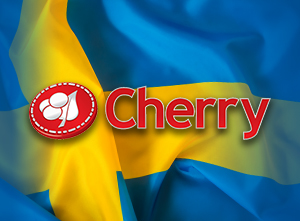 The Swedish Gambling Authority has been processing applications over the past several weeks for its upcoming regulated market that starts on January 1, 2019. This is a pretty big deal for online gambling in Europe as a whole, and Cherry AB has put themselves into a strong position with eight difference licenses being granted for operating brands within Sweden's borders in the new year as a part of this newly regulated jurisdiction.

Size of the Swedish Market

Spain has been a good benchmark market for people to understand the relative size of because of how long they've had their online slots and other types of online gambling regulated. To put it into perspective based on that, the Swedish market is expected to be a bit larger, so it's a serious market in Europe as a whole for companies that are trying to maneuver into having their games in front of more and more players.

Along these lines, they are hitting the market hard with up to eight different brands that they will be operating within the regulatory framework that Sweden has put forth.

The Nature of Discrete Regulated Markets

What has been the situation for a few years now is that different countries have been regulating the online gambling industry within their own borders. Along these lines, a different license has to be pursued for each operation within each country, and sometimes there are multiple licenses that have to be acquired for the same operation just depending on the details of the situation.

Cherry AB moving on the Swedish market with this much force shows that they think there is a real opportunity there to expand, and plenty of others have followed suit.

Cherry has actually been running as a company since the 1960s, and in their current form, they deal with everything from hotels to the tech side of gaming to online casino operation. To this end, they are listed on the Nasdaq Stockholm exchange, and they are known to be a particularly important company in the overall gambling world because of how many "irons in the fire" they have, so to speak. This means that they have influence over a lot of different sectors of the industry as a whole, and we can see that influence being pushed over into Sweden.