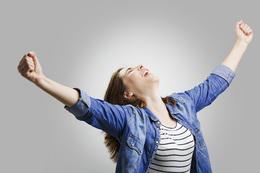 In the online slots world, progressive jackpots are responsible for the largest prizes. A lucky player by the name of Lars was able to find this out with first-hand experience after a big win on the Hall of Gods progressive slot. This jackpot was worth €1,682,473, and it's one of the biggest wins of the year so far in the entire online casino world.

About the Big Win

Something that's really important to point out about this win is that it came on a spin worth just €0.40. The way this works is that the chances of hitting the progressive are scaled according to the size of your bet. Along these lines, a bet of €1 will have one-half of the chance to hit the progressive compared to a bet of €2, and this approach allows them to keep the game fair for all of their players, regardless of the stakes that they're playing. Lars might be a penny player, but now he's rolling in the dough thanks to this massive win.

The Hall of Gods slot is known for being one of the biggest progressive jackpots that Net Entertainment has to offer. You can read more about NetEnt here, but the point is that it's one of their major titles that gets a ton of attention. The theme of this game is Norse mythology, and that's a bit different than other games based on mythology that's typically Greek. There are three different progressives in this game, and the lucky player Lars was able to nail the largest one for a win up in the lower seven figures.

While the name is a little random (click here to read more about them), Vera&John Casino offers games from a wide range of different software providers, including big progressive jackpots. These jackpots are some of the largest in the industry, and because you can find several of them all in the same place, you're going to be able to enjoy this site as a one-stop progressive jackpot shop. Lars took down seven figures with a bet of just €0.40, and you could be the next big winner on one of their top games.