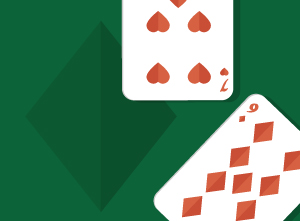 In addition, I do not recommend playing the 97s in no limit Texas holdem until you have gained a good deal of experience. It will never be able to form the best possible flush, and will only rarely form the best possible straight, so you can get trapped in a hand where you hit your draw and still lose your entire stack. In limit play, you may get trapped in a hand, but you can often control the betting to only lose a small pot instead of a large one if it looks like an opponent may have a better flush or straight.

For the exact same reasons as listed in early position, these hands are not playable in middle position. Once you become a much more experienced player, you will find certain situations where 97s may be played from middle position, but it is very rare.

When the pot has not been raised and there are three or more players already in, I will usually limp into the pot from late position with 97s. You need many opponents in the pot to make it large enough when you win to make up for the majority of the time you will lose. If the pot has been raised or there are only one or two other players, it is a clear folding situation.