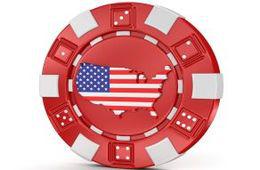 The laws for online poker in the United States are all over the place. Federal laws like the Wire Act and UIGEA overlap with state laws, which are different in virtually all of the 50 states, to create chaos and confusion among players. The World Poker Fund releases this, and they have announced that they're going to push for subscription-based poker sites in the United States. These plans are expected to be rolling out by the end of the year.

The basic idea is that subscription-based poker play does not violate the laws that give so many sites problems. Instead of building revenues through the rake in their games, they will do so through other methods like subscription fees, running ads, offering goods and services online, and other methods. It's a model that's been tried before, but no one has really been able to make it work because of the combination of overwhelming expenses and underwhelming interest in the product. The World Poker Fund hopes to change that.

Right now, they already have their own engine for poker software that they have sourced from experienced gaming developers. The selection of games available on the client right now include blackjack and roulette in addition to five card stud, seven card stud, Omaha and hold'em. Interestingly enough, five card stud has made the cut so far while five card draw variations and Badugi have not. It has not been addressed whether or not the draw games will be added in the future.

Their approach on trying to roll this out involves working in the Delaware, New Jersey and Nevada areas, the only three states to have regulated online poker, along with building relationships with Native American tribes across the country. On top of this and in line with their plan of building revenues from methods other than poker rake, they've also mentioned wanting to get into the poker training space as well as bringing products to television. Their ambitions are nice, but it's going to be a long road to making this work, especially with such a hostile environment for online poker in the United States at this time.