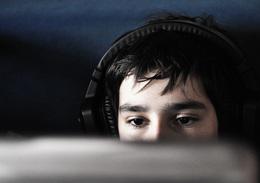 Full Tilt Poker has recently applied to become a part of the Steam online gaming platform. This platform helps to put out games for online and computer-based play (as well as play through smart televisions), and it could lead to some pretty interesting situations if they're able to get included. We haven't really heard of any online gambling site trying to get in on a gaming network like this before, so it's really a new development in every sense of the word.

The reason that Full Tilt Poker wants on Steam is that it would open up a ton of possibilities and give them exposure to a ton of new players. Steam works by acting as a content distribution channels for tons of online video games. The eSports section has been gaining a lot of popularity for competitive video gaming tournaments and the like, and that could also serve as a tie-in between the popularity of the competitiveness of poker tournaments and other online games.

If Full Tilt ends up getting this, then they'll be the first online poker program (player-vs-player, anyway) to do so, and this could lead to some tremendous advantages for the platform. They're often seen as being PokerStars' little brother, and it seems necessary that the Amaya Gaming Group would eventually take the two brands in different directions. They've added casino and daily fantasy sports to the PokerStars platform, and this move could mean that they're looking to take Full Tilt Poker in a different direction. It would make sense as an overall strategy, especially since they haven't done that much with Full Tilt that they haven't done with PokerStars since buying both of the businesses last year.

It's hard to anticipate how this will affect the industry until we get an answer on whether or not they'll be included in Steam. If they are included, then it could open the floodgates to the competition trying to do the same on this platform and others. If they don't, then it doesn't really hurt anything in the long run since they're no worse off than they were before they applied for inclusion in the platform.