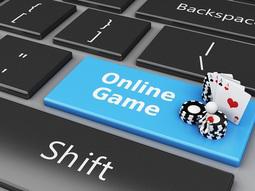 Since the Amaya Gaming Group acquired PokerStars back in the middle of 2014, changes like the ones they recently announced have gotten them in a lot of hot water with players. It started off with players reacting negatively towards announcements that PokerStars would offer casino games and other forms of gambling in 2015, and they rallied against this thinking that it would pull recreational players away from the tables. In the long-run, the thinking was that it would draw more recreational players to the site who would want t play more than just poker.

Other than adding casino table games, slots and other ways to gamble, they've also fundamentally changed how they reward poker players. The rewards at PokerStars have been a part of the situation that has gained them a ton of publicity over the years, and people who have went for the "Supernova Elite" status have been rewarded with huge percentages of what basically amounts to rakeback. Starting in 2016, those high-level rewards will be gone.

One complaint about the previous setup for PokerStars' program is that it contained a lot of complications with Stellar Rebates, FPPs/VPPs, Milestones and other bonuses. Now, everything boils down to one item that players need to know about: the StarsCoin. Each StarsCoin is worth $0.01, and they will be used to simplify how rewards are given. Details on how these will be earned aren't available just yet, but the idea is interesting.

What's basically going to happen now is that somewhere between two and five percent of players are going to see a huge reduction in the amount of rewards they earn, and most other players should expect to see a small increase. How that works out as being fair isn't clear, but it looks like they're trying to discourage the high-volume, multi-tabling grinders that have made PokerStars their home and largely made the games difficult. This is just one in a number of changes that have been made to benefit the long-term health of the poker player ecosystem, even though it might seem unfair initially.

It's also worth noting that high stakes players will no longer earn VPPs. In an odd twist, $5/10 and up big bet games and $10/$20 and up fixed-limit games will no longer award VPPs for some odd reason.