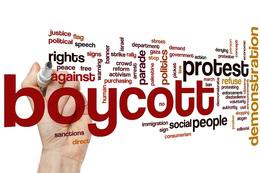 When the Amaya Gaming Group took over PokerStars in mid-2014, players knew that there would be some big changes coming because the acquisition was a part of a nine-figure deal. Changes came very swiftly for PokerStars players, as expected, and they added casino games and eventually brought on the StarsDraft daily fantasy league. They also announced a number of major changes for the rewards program in 2016, and many players have banded together saying that these changes are dishonest.

Source of the Boycott

In response to this, a number of players on the TwoPlusTwo online poker forums have come together to organize a boycott of PokerStars from December 1 through December 3. This boycott involves players not logging in to play, and as of this writing, over 1,500 players had signed on to be a part of this protest.

Players are protesting what amounts to a unilateral drop in rewards value for virtually all players, even the recreational players that the Amaya Gaming Group has suggested these changes will help. It's basically a money grab that will devalue current FPPs, value that's essentially debt for Amaya worth over $100 million right now, by one-fourth of their current value, among other issues like cutting out rewards for high stakes players completely.

Problem With the Boycott

There's a really huge problem with this boycott, and it doesn't look like anyone really sees this issue who's actually involved with it. The problem is that the changes by Amaya are designed to remove certain types of players from the pool by discouraging their play. These are the types of players who would go from being a winning player to a losing player due to the changes, though players who would go from being a clearly winning player to a borderline break-even win-rate are also going to be affected.

By staging a boycott of removing the exact players who they want to push out with this move (for reasons of boosting the long-term effectiveness of their player ecosystem), they're playing right into Amaya's hands. The fact of the matter is that Amaya hasn't exactly shown that they're willing to stick to past agreements (like with how they've handled affiliate commission changes), and now the players are feeling it as well.