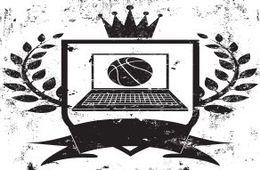 Something you have to remember about PokerStars is that they still have the information of thousands of players who were super into online poker before they were forced out of the market by Black Friday on April 15, 2011. They've been sending out surveys to a lot of these players recently testing the waters to see how much interest there would be in tapping that player pool over daily fantasy betting.

Fantasy betting on sports leagues has been popular for over a decade now, but the daily betting model has only recently taken off. The basic idea is that things are simplified down to a system that allows people to bet on point totals for players in single games, events or matches. This model makes fantasy betting appeal to a much wider range of people since it doesn't require as many complications with drafts and player picks, and it doesn't require people to follow through entire seasons.

A major advantage for daily fantasy betting is that it's explicitly protected in the Unlawful Internet Gambling Enforcement Act of 2006 that initially caused a lot of problems for players in the United States when banks starting over-blocking transactions that were perfectly legal because it was logistically easier for them to do so. This is a huge point because it allows banks and credit card companies to process payments with no chance of the government coming back to hit them with a UIGEA violation. The freedom to easily make payments is what helped to make online poker so popular initially, and the lack of easy payment options is what largely killed it.

After the Amaya Gaming Group purchased PokerStars last year, they noted that they would be adding several new types of betting to the brand. They've already added casino games, and they mentioned that they might be getting into some form of sports betting later in 2015. This could be exactly what they were talking about, and that shows that this isn't an impulsive move. Instead, it's a part of a strategic initiative to get more recreational players into their doors, and that's great for serious poker players.