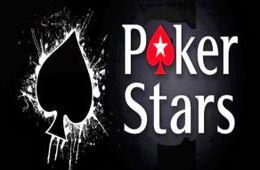 In recent news, PokerStars will now be accepting deposits through a partnership with a major convenience store chain in Mexico. The name of the chain is Oxxo, and it has over 13,000 different locations as one of the main chains in the country. Because the banking system is so restrictive, especially with foreign transactions, this represents a much-needed viable option for players who want to get in on the action with the largest poker site in the world.

PokerStars used the way Ukash works as a blueprint for setting up this option. The way this works is that players select the Oxxo option when depositing and put in the amount they wish to deposit. Then players will print out a deposit voucher that has to be used within three days by visiting an Oxxo location with the voucher and the money to be used for the deposit. From there, the money will be credited to the player's account within one business day. At that point, everything is set up, and the player can get in on the action right away.

Many players in Mexico do not have access to more traditional payment methods like credit cards or electronic wallets, and it's really important to have alternative options in these types of cases. Along these lines, PokerStars has provided such an alternative with the Oxxo method. This is just another example of thinking outside of the box that has happened since Amaya took over last year, and this is the type of thing that will help poker to get back to a level of growth like what we saw a decade ago with the poker boom.

PokerStars is widely regarded as the largest online poker site in the world, and that's been the case since around 2007 when the UIGEA passing in the United States removed PartyPoker from the top spot. Since then, they were purchased by the Amaya Gaming Group in 2014, and this was the beginning of a number of major changes that saw the poker giant offer casino games, daily fantasy sports and other options. They've been expanding in a lot of ways and trying to get into more markets, and adding the Oxxo payment method in Mexico is a good example of this in action.