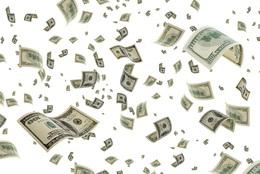 No matter what type of online poker you play and no matter what stakes you play at, the World Championship of Online Poker at PokerStars is probably on your radar. It happens around this time each year, and it give players a chance to take part in dozens of major events, either as a player or a spectator. Tons of big name pros come out to duke it out and take a piece of a total eight-figure prize pool. This year's event broke a number of records that previous WCOOP events had set, and that's very exciting for the game.

To start things off, there were a total of 70 events in this year's WCOOP. The total combined prize pool for those events was $66,245,305, and that broke the record of $63,157,150 that was set in 2010, the last time the event was held before the Black Friday event on April 15, 2011. This is a huge deal because it shows that the industry is continuing to recover from the blows that it has taken in 2006 from the UIGEA passing and 2011 from Black Friday.

An overwhelming 109,904 total entries for events in this tournament series were had from a total of 26,594 individual players. A whooping 122 countries were represented from this. The main event had a buy-in of $5,200, which still brought on 1,995 players. It must have been stressful for the 246 players left at the end of the first day of play because 243 players were going to be paid, so they essentially stopped play on the bubble. This tournament was one of the largest aside from the $51,000 Super High Roller Event won by Ben Tollerne, screen name Ben86, for a prize of $616,518.34. It broke the record as the largest buy-in online poker tournament to ever run. You could also bet on the outcome of this event.

PokerStars is showing growth that we haven't see in online poker in quite a while, and a lot of this has to do with the Amaya Gaming Group's purchase of the company in the middle of 2014. They've taken on a new approach with lots of new games like casino games and daily fantasy sports, and this has brought a lot more attention to the brand than it was getting previously.