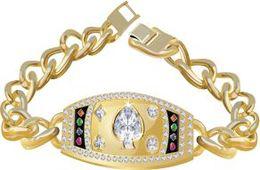 In another chapter of an amazing story, British John Gale picked up his second World Series of Poker bracelet. This second bracelet came in the $1,500 turbo no-limit hold'em event, a two-day event with a very fast blind structure. He picked up a solid $298,290 for winning this tournament, but the rest of his story is pretty impressive as well.

After three years away from the biggest poker series in the world due to health problems, this was Gale's first time back in Vegas for the WSOP in a few years. Open heart surgery was responsible for a lot of the time away, and a brain tumor that he's still having problems with was also an issue. However, this wasn't enough to keep him out of the winner's circle in 2015, and his prize of just under $300,000 was enough to kick his total WSOP winnings to just under the seven-figure mark.

About the Turbo Event

Turbo events are all about ramping up the action by speeding up the blind levels. Blinds increase at faster levels than normal, and this means that players have to get it in more aggressively if they want to have a chance at accumulating a large stack and going deep into the money. While this adds a bit of variance to the event, it also adds a huge amount of action, and this $1,500 buy-in event pulled in a total of 1,791 players overall. This included entries from more than 50 nations, and a total prize pool of more than $1.6 million was available.

Something else that made this event so interesting was how the final table played out. John Gale started off third in chips when the final table of nine started, and he played a fairly tame game until halfway through the final table. Then Gale went on an absolute tear and knocked out five players in a row, and this included beating Gary Luther who played second for $184,481. With his impressive and unlikely win, Gale was the first Brit to win a WSOP event so far this year.