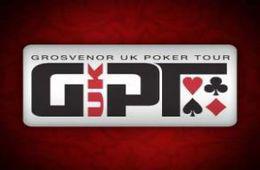 Poker tournaments still get a lot of attention in the United Kingdom, and the Grosvenor UK Poker Tour is a good example of that. The Goliath tournament is one of their annual events that gets a lot of press because of the overwhelming number of entries that it typically earns, and this year was no different. The guaranteed prize pool was £250,000, and that's pretty sizable in itself considering that the entry fee is just £120. However, they blew through that in a major way and ended up with £421,000 in total prizes.

The final day of play started with 16 players, and two tables were started with eight players each. The winner was Miikka Toikka for £70,800, and second place went to Katie Swift for a win of £46,300. Third was Ryan Meager for £29,050, and fourth was worth £25,200 for Sunil Moti. What's important to note is that the final four players made a deal that would see them all leave with at least £25,200 apiece, and that flattened out the payouts a little bit.

The remaining top places were as follows: Philip Bain in fifth for £12,650; Andrew James in sixth for £8,400; Ben Boulden in seventh for £5,900; and Shane Mossop in eighth for £3,800. These are pretty sizable wins in comparison to the £120 entry fee, and it just goes to show that poker is alive and well in the United Kingdom. What's even more impressive about this turnout is that there are a number of events going on all over Europe right now, so the player pool is being stretched somewhat thin.

It's worth nothing that well-known Internet pro Mossop started the day off as the chip leader when there were 16 players in, but he wasn't able to make it as deep as he would have liked.

More About This Event

The Grosvenor UK Poker Tour's Goliath event is the largest event in terms of the number of players to happen outside of Las Vegas. It happens over three days, and there are multiple starting pools for the players. It happened at Ricoh Arena in Coventry, and seven different groups of people started the tournament before they were combined on the second day of play.