EGR B2B Poker Software of the Year Award for MPN 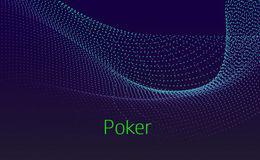 Earlier this month, the EGR B2B awards were held, and Microgaming walked away as a pretty big winner. Their poker network, known as MPN for Microgaming Poker Network, picked up the EGR B2B award for Poker Software of the Year. This is pretty impressive because this is the fourth year in a row that they've been able to do this. Their wins show that they have come a long way in the software arena since a decade ago when the network was known as Prima Poker and had sub-par software for the times.

It's no secret that the online poker world is in rough shape. Despite having a major boom in the early 2000s, the industry as a whole has been on a downhill trend for the past several years. In fact, Microgaming is one of only four major poker networks to have seen year-on-year growth in 2015 (compared to 2014 numbers), meaning that they've been able to pull in more players when the majority of the competition has not been able to do so. Their software being as good as it is probably has something to do with that.

Where Online Poker is Headed

It's hard to say where the online poker world is headed. In the past couple of years, we've seen some big acquisitions like with Amaya purchasing the Rational Group (PokerStars and Full Tilt Poker) and a number of big mergers for European companies in particular. Moreover, live poker events are seeming to get bigger and bigger with the Main Event of the World Series of Poker turning record numbers after a slump several years ago.

The bottom line is that Microgaming is doing the best they can with MPN with what they have to work with. They can't control legislation in different parts of the world, like the United States, that might allow them access to a larger player pool, but they can make sure they offer the best product that they can. We'll have to wait and see what the future holds for the game overall, but for Microgaming, they're going to be alright no matter how it goes.