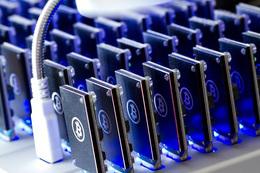 When bitcoin started becoming pretty popular a couple of years ago, a lot of people pointed out that it had the potential to work out well as a funding method for online gambling. The idea is that it has a built-in level of privacy since transactions are largely anonymous, and since it's decentralized, it would be hard for any one government or entity to bring it down. Bryan Micon thought the same thing, and he was sentenced earlier this week for acting on those ideas.

The Seals With Clubs site was primarily used for online poker play, and this makes sense because Micon himself was known for his exploits through Internet poker. However, he operated the site to players from the United States while living in Nevada, and this proved to not be a very smart move after Nevada authorities raided his home several months ago. After fleeing to Antigua, he came back to the United States to deal with the charges.

The Results of His Sentencing

Micon pled guilty in a deal that saw him issued a $25,000 fine, the forfeiture of a fair amount of bitcoin along with $900 in cash and some computer equipment. As a result, he'll have two years of probation, and he'll have to do two years in prison if he breaks the terms of his sentencing. What's worth pointing out is that his charges were based around running an illegal gambling system, but he wasn't hit with UIGEA-specific charges. This is interesting, and it's hard to say exactly why that is.

The Future for Bitcoin Play

Bitcoin has been used in a number of regulated online casinos and poker sites all over the world inside of the past 18 months. The current way that it's used is that players deposit with it, but their balanced are converted to a "normal" currency like the US dollar. Once players are ready to cash out, their balance is transferred back into bitcoin (if they wish) at current exchange rates. This is easier for the sites to manage, and it also protects players from the volatility that bitcoin has seen with its value shifting all over the place from time to time, frequently making owning the currency itself a bigger gamble than playing at the tables.