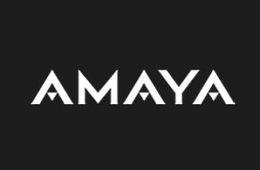 Last year when the Amaya Gaming Group purchased the Rational Group, it brought the center of the online poker world to Canada. With both PokerStars and Full Tilt Poker, the two top brands in the online poker space, under the same umbrella, Amaya has shown that they are very serious about getting this sector of the industry back to the popularity it once had. That's why the month of September is going to see two major events running, one from each of these brands.

The World Championship of Online Poker, known as the WCOOP for short, tends to happen in the range of September to October each year at PokerStars. This year it will run from September 6 through September 27. It's known for having a variety of different events, many of which with very high entry fees for online tournaments. This brings out a lot of big name professional players, and in turn, this brings out tons of spectators. What's more is that there are lots of opportunities to satellite into these events.

Even though these two events are targeting two vastly different groups of players, there will definitely be some overlap in the players that enjoy them, especially when you take into consideration the people who will be watching from the virtual rail in the WCOOP events. One of the reasons for this is that so many different games and formats are scheduled, so there's really something for everyone. This includes virtually every form of poker that each site offers in everything from heads-up play to full-ring versions and everything between. The variety attracts tons of people, and that will help to make September a major month for online poker.