How to Play Omaha 8 Poker 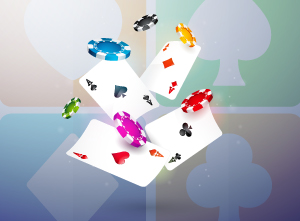 Omaha 8 poker is played in limit and pot-limit with the final pot often split between the best high hand and best low hand. Omaha 8 poker is spread nine or ten handed and has a rotating blind system. Each player is dealt four down cards, often called hole cards.

Rounds of betting are before the flop, after the flop, after the turn and after the river. Each player must use exactly three cards from the five community cards and two from his or her hand in any combination to form a high hand and a low hand. The same two cards do not have to be used for the high and the low.

It sounds simple, but many players, especially at lower limits don't understand the rules. Many times two players will have the same low hand and split the low half of the pot. This is often called “getting quartered.”

In Omaha 8 poker, there is an 8 qualifier. This means that to have a hand that qualifies for low, you must have five non-paired cards eight or below. One thing that often confuses players is how to correctly determine which hand is the lowest.

The easiest way to do this is to read the hands backwards like a number. For example, 8 5 3 2 A would be read 85,321. The lower the number, the lower the hand. Here are a few examples in order from lowest to highest to help you understand how this works: