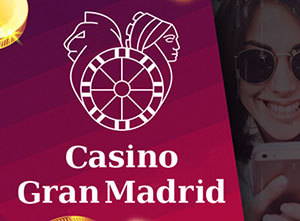 Casino content developer, Betsoft, has inked a deal with Casino Gran Madrid Online which will see the casino operator go live with its games and offer them to punters across the regulated Spanish market.

This deal will strengthen the developer’s position in a key regulated market and allow it to continue to pursue its strategy of expansion.

According to a statement made on Monday, Gran Madrid will get access to the entire Betsoft catalog of games including player-favorites like Tiger’s Claw and Stampede among many others.

It’s been a very busy H1 for the supplier as they have extended their footprint in regulated gaming markets.

Earlier in July, the company announced a partnership with the Curacao-based casino operator OGaming who owns the RioAposta-branded casino which targets players in Brazil.

Latin America is an important and lucrative market for the brand…

…as at the beginning of 2019, they also signed a deal with the Mexican operator, Caliente, and also entered the Colombian market via an agreement with R. Franco Digital.

The developer has also been honored with industry awards in the recent period.

The award was won because “Betsoft has proven year-on-year that they are one of the leaders in the development of cinematic casino slot games,” according to the judges’ commentary.

In July, it was announced that the supplier took home yet another award from the EGR B2B 2019. This time, the award was for ‘Innovation in RNG Casino Software’ and was given as a result of the developers innovative Max Quest: Wrath of Rainteractive RNG game.

The game ditches the old-fashioned reels and symbols…

…and offers a totally fresh experience where up to six players blast away mummies and other horrors from deep within the pyramids.

In Monday’s press release, Francesca Raniolo, Sales Executive at Betsoft, stated that they are thrilled to partner with Gran Casino Madrid which is one of the most significant and well-known operators in the Spanish igaming market.

“We have made a real statement of intent with our expansion this year, and we are delighted to continue to build that momentum with such an established partner,” Raniolo concluded.

Further commenting on the deal, Daniel Ledesma, the Online & Slots Director for the online venue, expressed the company’s pleasure at adding the developer’s portfolio to their offering.

“We are always looking to add fresh and innovative content to our online casino, and Betsoft offers some incredibly unique and exciting titles,” he added.

Over more than a decade of its existence, it has earned a reputation of being one of the world’s premier producers of high-quality igaming products. In addition to their inventory of cinematic 3D games they also offer a full-featured casino management platform.