The Great Albini Slot Debuts From Microgaming Through Foxium 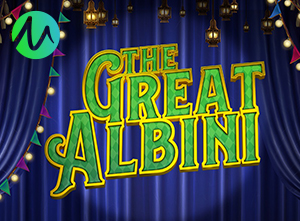 If you like magic and you like slots, then Microgaming has something you're going to love with one of their first new slot releases for 2019. This is The Great Albini, and it's bringing the graphical appeal and the gameplay quality that combine to give you the level of play that you'd expect from a game developed by Foxium only for the Quickfire platform.

Features and Other Goodies

With a developer as good as Foxium, you know that if a game has a magical theme, then you're going to have some features that fit into that theme, and there will probably be several of them. If that was your first thought, then you were absolutely right. The centerpiece of this is the Mystery Box Re-spin feature.

The game itself has five reels and three rows, and what you want to watch for is a set of mystery boxes that show up stacked on the middle reel. If they cover all three spots on that reel, then you trigger the Mystery Box Re-spins, and you're in for some excitement and good chances of winning. What happens is that you get three re-spins for chances to add more mystery boxes to the reels. Each mystery box you get resets the re-spin counter. Once you have three re-spins with no new boxes, all of them are turned into a matching symbol for a chance to hit some multi-line payouts.

The aesthetics of a game are more important than a lot of people want to admit, but it's nothing to be ashamed of because we're visual creatures. Along these lines, when you look at The Great Albini and his assistant Lily, especially when she appears as a big wild symbol, you'll feel drawn into the story that's playing out as magical tricks are performed by this master illusionist.

Overall, Foxium has put out a really good title here that offers a lot on every level from the gameplay to how it looks. The feature sets aren't the run-of-the-mill stuff that you see all the time either, so it stands out in that regard as well.