Online Keno May Just Be A Game For The Future 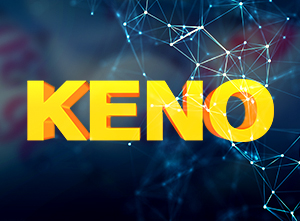 You know, we are transitioning into a new era, where more and more consumers are demanding what they want, when they want it. "Time-shifting" is the buzzword these days, as we see entertainment of all kinds served up on demand; obviously, an increasing number of movies and television programs are available 24 hours a day, and "podcasting" has become so popular that it was the Oxford Dictionary's "Word of the Year" for 2005.

The same applies to the gaming entertainment business as well.

The "on-demand" concept, as it appears in online casinos, has given the game of keno a new face in a way in which it has distanced itself from its land-based casino counterpart. The same time pressure doesn't exist. There is no need to wait for a game to start; they are no longer played on the house's schedule, but on the customer's schedule. It is a completely player-driven game. Some online casinos actually allow the player to control the speed with which the game is played.

The technology has also made keno, as it is played online, friendlier to a younger demographic, that which is very desirable to marketers. The keno game, as it is laid out, seems to resemble a slot machine more than it does in an offline casino. In the brick-and-mortar establishment, the slot machine is either electronic in nature or calls for some physical interaction with the device itself, while keno is essentially played on paper and with crayons.

In its online form, slots and keno are video games with random number generation. Results come quickly, which younger people like. And sophisticated graphics can dress up the interface in a way in which the presentation is a lot more "hip."

While some may hold an image of keno as the "old ladies' game," don't be surprised if it picks up a number of grassroots fans from the younger generation.