Yggdrasil Could Be Getting a Gibraltar License 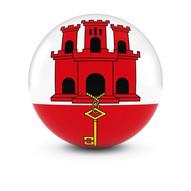 In the online casino world, there are tons of different jurisdictions for licensing. Because there are no unifying, global standards, some jurisdictions naturally become known for being more trustworthy than others based on how strict their rules are, how well those rules are enforced and how well they work with the regulatory bodies from other jurisdictions. Gibraltar is one of the best in the world, and Yggdrasil has taken a major step forward by applying for their license here.

Up until this point, Yggdrasil has focused on two major things in their growth strategy. First, they've been working on coming out with very high-quality games that catch the interest of players. Second, they've been working on getting those games out in front of as many players as possible by making content distribution deals to have slots like these put in as many online casinos as they can. Up until this point, they've largely worked with operators that have licenses in Malta, another important and well-regarded jurisdiction. Now they're looking to expand further.

In terms of high-end licenses go, Gibraltar and Malta are two of the biggest and most well-respected. Along these lines, they've largely exhausted their efforts in the Malta direction, so it makes sense for them to go after the Gibraltar ones. This is a very calculated effort, and it makes a lot of sense to do this at this point in time. Gibraltar has been held in a high esteem for a long time among experts in the online gambling world for how they handle regulation, and it's for good reason.

By getting this application in early in the year, Yggdrasil has established that they're looking to make 2016 a year of expansion. This is a theme that we've seen from them over the past 18+ months, and there was no reason to believe that they would slow down with this. By going after the Gibraltar license, they show that they're trying to stay within the bounds of regulated environments as much as possible, and this will be the key to getting into as many parts of the United States as possible as the USA slowly-but-surely regulates the industry in one state at a time.