UK Bookkeeper Gets Jail For Gambling With Stolen Funds 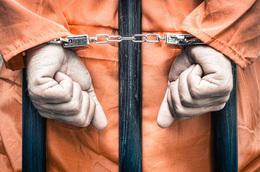 There are cases every single year of people stealing to gamble, and that's just a part of the industry that seems like it will never go away. If you look at a recent case out of Maidstone in the United Kingdom, you'll find a 57-year-old grandmother who has received jail time for 40 months for stealing from her employer. She stole a total of £913,000 from Tara Plant Hire and an additional £33,000 from Steadfast Carpentry. She kept the books for these companies and used that position to steal money from them.

After the defendant Dumont was divorced, she started gambling on the Internet. She was spending upwards of £50,000 a month on slots at times, and the operator of the site she was playing with gave her special VIP treatment. This included a Caribbean cruise and a trip to Las Vegas. What's really interesting is that this woman really earned just £36,000 a year, and she was stealing a ton of money.

It started relatively small. After six years with Tara Plant Hire, she took £50 in a week. The appeal of the easy money had her pick up £100 again, and before long, she was pulling £3,000 out at a time, sometimes going up as far as £20,000 in a week. In her court case, she tried to blame it on the operator themselves saying that they should have investigated to see where she was getting her money from because she was gambling so much. As a result, the UK Gambling Commission has ordered the operator to pay back the £950,000 it allegedly earned from her play.

This case brings up some potential problems that could be exploited in the future. The fact that the operator (Mecca Bingo) had to give up the profits puts them in a precarious situation. What if Dumont had won a big jackpot on slots or table games, paid back the money she won and lived off of her winnings? This is a reverse freeroll for the company, though Dumont is getting a little over three years in jail for her role in the situation. It's a problem that doesn't have a clear solution, but it's something the commission needs to think about.