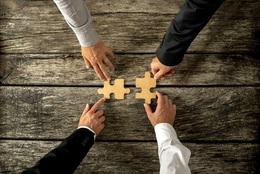 In the past 24 months, we have seen some absolutely huge acquisitions and mergers in the online gambling world. The biggest one of 2016 could already have a timetable set after an announcement was made on the merger of Paddy Power and Betfair. This merger has been officially given the green light by the Competition and Consumer Protection Commission. Now, they expect the merger to be complete on February 2, 2016.

What This Merger Means

This merger means two things for their stock. First, it means that they will be listed on the Irish Stock Exchange's second list as an overseas company and on the FCA on each of their main markets. However, it also means that the London Stock Exchange and Irish Stock Exchange's securities markets will also have them listed. On January 27, the final dividend for 2015 will also be announced for Paddy Power, and that will close out all of their business for stockholders until after the merger is complete.

Something worth pointing out is that this merger between Betfair and the largest bookmaker in Ireland Paddy Power comes after a number of other huge mergers in the industry. There were so many mergers that a member of Paddy Power's social media team actually sent out a satirical tweet claiming Betfair and Paddy Power were merging without realizing that talks for a merger were actually already in place. That's pretty funny, regardless of what you think of these mergers, and it just goes to show how no one can really know what's going to happen next in this particular industry.

Why So Many Mergers?

People might be wondering why there are so many mergers, and that's a fair enough question to ask. A lot of it has to do with new taxing schemes set up by increased regulation and licensing processes in a number of European countries. In particular, this gives companies a strategic option to buy up other, already-established businesses, in order to be able to use their licenses and their existing distribution for an area. Moreover, profit margins are a bit smaller with the new levels of taxes and more limited access to markets, and that provides an incentive to get more efficient with how businesses are operated, which leads to incentives for big mergers like this one.