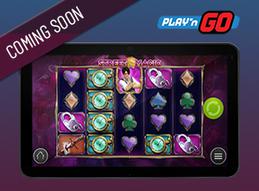 Play'n Go is showing players why they're one of the premier online slot developers in the industry right now with their latest release. The name of this game is Street Magic, and what you need to know about it is that it's all about a special magic street performer who seems like he's modeled on a number of particular street artists in this craft.

The format this game uses is actually a little different than the norm. You get five reels, which is usual enough, but there are four rows. While this is the second most popular grid size overall, the thing that sets it apart is that it has 20 paylines, and you typically see at least 40 with a 5x4 game. But the thing about it is that this extra screen real estate actually helps you out because of how the scatters work.

The magician street performer is the wild symbol, and he shows up on all of the reels. The thing about this symbol is that it's also a scatter, and that puts you in a situation where it holds a whole lot of value and is definitely the most important symbol in the game.

If you get two of these guys on the board at the same time, then it triggers one of three different features. One has both of the wilds expand, another gives you an extra wild randomly on the reels (which triggers free spins), and the third is that you get four random wilds added to the reels in various places without activating free spins.

Three or more wild scatters at once, however, will get you a free spins bonus round. More wilds during the feature add more free spins, but during this bonus mode, all of the wilds become sticky and stay in place until the feature is over. That makes it easier to get big wins, and it also makes it easier to add more free spins because that's re-triggered by getting a wild on each one of the reels at the same time.