The Fight for Online Gambling Continues in South Africa 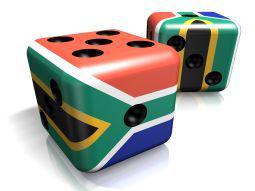 In South Africa, there's a long and really interesting history when it comes to online gambling because it's been legalized and made illegal in various forms over and over again. Right now certain types of online gambling are legal like sports betting, but most forms are not. Geordin Hill-Lewis is a South African MP who has been fighting the good fight trying to get online gambling laws expanded, but he's running into a ton of opposition from the government.

State of the Opposition

The Department of Trade and Industry's deputy director-general Zodwa Ntuli made a statement this past week that really summed up the reasons why the government is opposed to expanding online gambling: They believe that it's inappropriate to do so with such high levels of poverty and unemployment. Even with this opposition, they're still hearing the argument form Hill-Lewis, and a committee in Parliament will actually decide if the bill will be discussed in hearings in upcoming weeks, so he's not dead in the water yet.

The Argument for Extended Regulation

Right now, tons of people all over South Africa gamble online illegally at online casinos and other types of establishments that are not regulated. The main argument for regulation is that it would allow the government to capture funds from this gambling that's already happening that they're missing out on. To mitigate the negative effects of gambling, they could use some of the funds to promote problem gambling support groups and other support systems.

However, the opposition has a different approach that they're backing that involves the typical strategy of trying to block foreign sites. This is a problem because it's expensive without bringing in any revenue of its own, and it turns into a net drain on government resources. What's more is that it fails to really solve the problem because existing sites can very easily add new domains faster than the government would be able to block them.

This is the typical fight that's played out several times between different camps in countries all across the globe when it comes to the issue of regulation in this industry. We'll just have to wait and see which side wins out in South Africa in upcoming weeks.