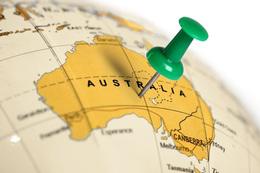 Elections have a funny way of creating big shifts in politics and the direction of certain aspects of policy, but that's not the case for the upcoming online gambling review in Australia. When Christian Porter was running for the Minister of Social Services, he held the review of Australia's approach to the industry as an important part of his platform, and he's sticking to that now that he's been elected.

Scott Morrison came before Porter in the Minister of Social Services position, and he was the person to originally announce the review about a month ago. While the review is still on, there is likely to be a difference in projected timeframe. The reason for this is that Morrison was pushing to have the review completed by the middle of December of this year, and it's unlikely that date would have been reasonable to begin with. In spite of this, Porter is still pushing for the review.

There are a handful of different ideas that have been proposed for regulation. The main issue right now is that foreign operators can more or less offer their games to Australians without any type of interference, even though it's illegal for them to do so. One of the reasons they can get away with this is that they aren't located on Australian soil, so they're outside of their jurisdiction. We've seen this happen in many countries, and there are a number of measures that can minimize this including actually offering licenses to foreign operators in the first place. Once that's in place, blacklists and other tools can be effective in steering players towards those regulated sites.

The Need for Reform

The Australian online gambling industry is in dire need of reform. They have tons of players right now who are getting in on the action with foreign operators, and the government isn't getting any type of revenues from those transactions. What's more is that revenues aren't available to provide help for underage or problem gambling, so the players are hurting from this situation as well. It will be a win-win if this review leads to more reasonable ways of handling the industry, and that's what everyone is hoping will happen.