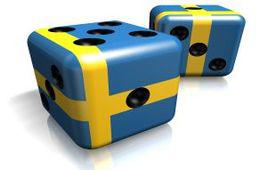 Regulation for online gambling is a particularly interesting subject on a global level because so many different countries handle things in so many different ways, and there's not really any unified concept of how it should be handled specifically. Sweden has been adopting a model for a while based on a government-backed monopoly through a company called Svenska Spel, but like most other attempts at this type of monopoly in this industry, the approach has not been working. Now they're looking for reform.

The stated goal is for them to have completely revamped their regulatory situation for online gambling by 2018, or at least that's the timetable that their Minister of Public Administration Ardalan Shekarabi has put forward. In the past, the state has worked to block connections and transactions as much as they reasonably can to protect their monopoly, but the reality of the situation is that it hasn't been working for them very well. Players don't really have much of a problem getting around these measures, another pattern we've seen with countries that have tried similar arrangements.

Reality of the Situation

Something that a lot of these countries seem to forget is that the demands of the market are always going to prevail. They can either get with the reality of the situation, that people are going to gamble, or they can deny that and just hurt everyone in the process.

It's really a win-win situation to have open regulation with licenses awarded to operators both foreign and domestic. Instead of trying to poorly protect a government-backed monopoly like Sweden has been doing for years, they could help themselves by earning more revenues by licensing foreign operators, and they could help players by providing a framework for their protection.

The government is looking to review existing regulations during the rest of this year and have recommendations by the end of next year. They expect drafts of the legislation by the following year with implementation a year after that. In short, nothing's going to change anytime soon, and the European Commission is going to have a fit that the process is going to take this long. Sweden hasn't really seemed to care all that much before, and it would be surprising if they started acting like they care now beyond the cursory push towards reform.