Sportingbet Stays in Irish Market Too Long by Accident 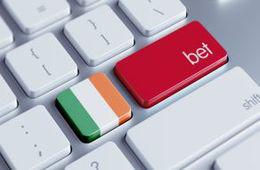 Online gambling law is constantly changing, and the fact that different operators have to work with regulatory entities in different countries, states and provinces all over the world means that there are going to be some mix-ups from time to time. Sportingbet found this out the hard way when they allowed around 200 Irish players to make bets they weren't supposed to take due to new licensing processes.

How This Mistake Happened

Somewhere in the neighborhood of 20,000 Irish players are registered at Sportingbet, and they were supposed to stop taking bets from them as of August 1 because of new changes to how online gambling was licensed. However, around 200 accounts were able to continue taking bets due to some kind of oversight or mistake along the way. When Sportingbet was made aware of the problem, they canceled all outstanding bets from those players and chose to honor all other bets that had been placed. Future bets will also not be allowed until the licensing situation is cleared up.

Why Allow the Bets to Stand?

From a strategic point of view, there are two options here. Sportingbet could retroactively reverse all of the wagers, or they could just let them stand and do the best they can from here on out. In either case, they still made a mistake that could be held against them, so there's no real way to undo that. However, they do have a choice to show that they want to take care of their players or not, and that's the option they chose. In essence, they made the best choice they could in a bad situation.

The Sportingbet Split and GVC

Right now, Sportingbet operations are basically broken into two main groups. GVC and William Hill own different markets for the brand. GVC holds everything but the Spanish and Australian operations, and that includes Ireland. This means that GVC is ultimately responsible for what happened with the mistake here.

GVC is currently in a bidding war with 888 Holdings for Bwin.Party, and it's unclear if this oversight could affect those dealings. GVC currently has the advantage after seemingly abandoning a partnership with the Amaya Gaming Group, but 888 Holdings could try to take advantage of this situation to get an edge.