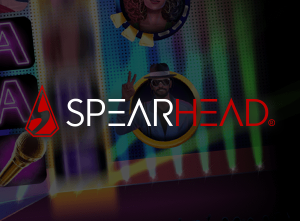 Spearhead Studios has struck a deal with American pro golfer, John Daly, for a casino-themed set of games, the first of which will launch in 2021. The company wants to bring casino and sports betting content together by developing an acquisition tool that will connect more sport and casino fans. The famous golfer turned pro in 1987 and joined the PGA Tour 4 years later and he won in two major tournaments, in the 1991 PGA Championship and in the 1995 Open Championships in St Andrews. The gaming studio's vision for the upcoming series is to bridge the gap between sports betting and casino content by providing operators with a tool to acquire fans of the sport.

The group adds that it will launch plenty of new games and the company claims that it will release over 40 games in 2021, including online bingo and online poker!

John Daly, two-time major golf champion, says: “Sports and iGaming share a passion for creative entertainment which I deeply appreciate, so this is a great opportunity for me to endorse both. I’m excited to see how Spearhead Studios turns this game series into reality, and, as a passionate slot player, I can’t wait to take it for a spin.”

Mathias Larsson, Managing Director at Spearhead Studios, comments: “I am a passionate golfer myself and have followed John Daly since his PGA Championship win in 1991. He is an incredible golf player and a major character on the PGA Tour. This will be one of the first branded online casino games with a sports star and the first game with a golf player.

More on the Supplier

Spearhead Studios was deployed by renowned casino operator EveryMatrix. The managers at Every Matrix decided in 2019 to expand the company's business into the wider field of online casino game development with talented people and industry experts who previously worked at GiG. Since 2019, they have been working hard to develop their gaming portfolio with high-quality video slots and table games. All of their games are supported by the latest technology, and players can enjoy content from different devices and platforms. The company works from headquarters in Spain, and Spearhead Studios works directly with many well-known operators. This brand distributes its content to over 100 casino operators, and more than 35 titles are available in various countries across Europe and Latin America, including the newly added UK market. The brand operates under licenses in Spain, Malta, Sweden, Denmark, Estonia, Latvia, Lithuania, Colombia, Romania, Croatia, United Kingdom, and many other countries.