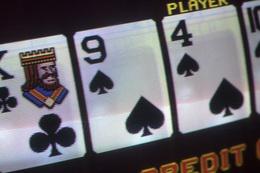 In the world of video poker, Jacks or Better is the most basic game. Every other title is based on it in one way or another, but 10s or Better is probably its most closely-related cousin. Slotland has added their own 10s or Better game as their most recent addition to their lineup, and it shows that they're looking to expand on their selection of non-slot titles in the new year.

The Importance of Variety

When it comes to video poker, variety is extremely important. Slotland releasing this 10s or Better game is a good example that they know and understand this, and the reason for the importance of variety is that the small changes in different video poker titles produce some incredibly different strategies. Strategy is the center of the experience for video poker fans, and when they have to completely start over and learn a different set of rules and how to adjust to them, it gives them a lot more to enjoy.

It's worth pointing out that Slotland has their own proprietary software that centers mostly around online slots. They link these games together in a progressive jackpot system so that you can earn a big win, often more than $100,000, on a single spin in any of those games. This type of jackpot system has allowed them to bring together a pretty significant fan base despite the fact that their software doesn't have anywhere near the distribution of the competition. They have fairly high-quality games as well, and that always helps.

Slotland has set the tone for 2016 by providing players with a new title that's not a slot. This shows that growth, not more of the same, is the main thing on their mind, and that's great for people who love to play here. Based on this new release, we expect to see a number of other new titles at this casino this year, and we won't be surprised if a number of them are non-slot titles. Overall, players have a lot to be excited about with this release, even if they aren't necessarily huge fans of video poker, because of what it suggests about their growth strategy for the new year.