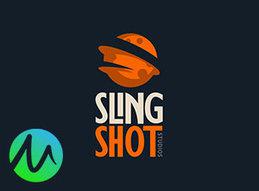 The newest name in the online casino software sector is Slingshot Studios, and they have come out as an exclusive provider for the Microgaming Quickfire online casino platform. This follows a pattern that Microgaming has been working with so far over the past eight months of helping to put together companies that will produce content for them, and it's a strong strategy that is a win-win for players and casinos.

The Cash of Kingdoms Slot Release

The first release for this developer will be Cash of Kingdoms. It's slated to have a release date of Wednesday, October 10, 2018, and it's set up to be the first of its kind to use the new Invading Wilds feature. The idea behind this feature is to lower the volatility by boosting the hit-rate by adding extra wilds to the reels persistently over a short period of time. It helps you to get new payouts, but it also puts you in a situation where the swings aren't quite as serious.

A Part of New Strategy

Microgaming taking on Slingshot Studios, which was actually started in 2016, with this exclusive deal is actually a part of a larger overall strategy. Their approach over the eight months has been to find promising developers that haven't gotten as much exposure and to sign them to exclusive deals to give them an opportunity to really show off what they've got.

There are a lot of factors that go into this situation. First off, the studios themselves benefit by getting put on a very serious stage with the Quickfire platform and all of the attention that level of distribution brings. Second, it helps Microgaming by giving them titles that other platforms aren't able to get. Third, it diversifies what's available online in general as far as slots go in particular, and that's always good for the players.

This strategy has been one of the biggest things that we've seen from Microgming this yer. As we start to close out the last quarter of 2018, we're seeing that it's a strategy that's already starting to pay off because of the attention that big releases like Cash of Kingdoms is getting.