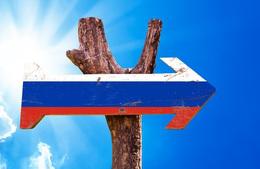 The Unlawful Internet Gambling Enforcement Act in the United States, known as the UIGEA for short, absolutely crippled the industry by attacking the financial transactions for the sites in a way that was very difficult for players to get around. Now the Russian government is showing a lot of support for a similar bill that will have banks facing stiff fines and other punishments for processing payments for illegal online gambling.

How This Bill Would Work

The basic idea behind this bill is that it puts a lot of pressure on banks to do one of two things. First, they can either check each individual online gambling transaction to see if it's legal or illegal in an effort to allow the legal ones through. Their second option is to simply block all online gambling transactions, which is exactly what happened for virtually all banks in the United States after the passage of the UIGEA. The end result was that it absolutely crushed the online gambling industry for quite some time in the US.

The major difference between the US and Russia is that there's an actual nation-wide ban against online gambling for the most part, so this law is basically going to be in place to stop banks from processing payments. In the United States, however, this was not the case, and there was no nation-wide ban on online gambling. Instead, the UIGEA just made it much more difficult for players to get in on the action because of the way the law worked and how it squeezed the ability to make deposits away from the players.

What About Online Poker?

Something that's really interesting is that online poker could end up being exempt from this if things play out right. President Vladimir Putin noted in August that poker was a skill-based game and that he believed there should be studies done to see what a regulated environment would be like in Russia for the game. To date, nothing has really been done about this, and it could have just been lip service for all we know. Until we see concrete action, however, it's hard to imagine that online poker is going to be regulated in Russia for quite some time.