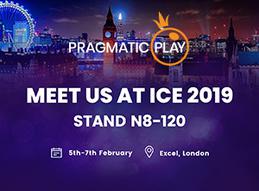 One of the more interesting sectors or sub-genres of the online casino world is that of the live dealer games. These games allow individuals to play with a real dealer in real-time games for some of the most popular table games ever offered. Pragmatic Play has announced that they are unveiling their own selection of games in this genre at the ICE Totally Gaming event from February 5 through February 7, 2018.

They've only announced three games as being official for the initial launch of their live dealer portfolio: blackjack, Baccarat and roulette. That's pretty much expected at this point as these are the three staples of pretty much every single live dealer software provider out there.

What we expect to see from this debut is a focus on mobile, which is evident by how they described their live dealer selection as "mobile-first" in press releases. This is pretty usual as well since it's easier to design for mobile and then back up to make it work for players on computers than the other way around.

One of the keys to making this type of offering work is having excellent audio and video quality. They've made it clear that they understand this and that the quality of the presentation and user interface have been at the front of their concerns for how to make this a great experience for their players. We don't doubt that they've done a good job with it, and we're looking forward to checking it out when it's released to players.

Pragmatic Play offers a full selection of casino games with everything from slots to video poker and table games. They've worked over the past few years to expand and ink deals with big names like ComeOn and PokerStars, and this aggressive approach has worked very well for them. This news about their upcoming live dealer game selection shows that they are aggressively going after different parts of the industry as a whole and expanding in several directions. That's exciting news in a time when there are so many software companies pushing towards the top of the pile.