ReelNRG Slot Games to be Distributed by Pariplay 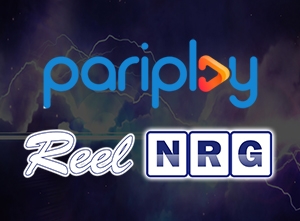 London's ReelNRG, a casino game development company with offices worldwide, has announced that they have signed a deal to integrate their entire portfolio of real money gambling slot games into the Pariplay platform. Fans can look forward to such hit slots as Spinderella’s Riches, Goddess of Asia, and Ella’s Riches at even more casinos. The announcement is one of the biggest from the company since it was learned that they had signed on to supply BetVictor casino games in late 2017.

ReelNRG CEO, Calvin Kent said of the deal: "Pariplay’s reputation for quality is second to none in the igaming industry, so it’s naturally a huge validation of our team’s hard work and creativity that they have put pen to paper to on a deal to integrate our entire slot range," according to a Square in the Air press release from the company.

Pariplay Managing Director, Adrian Bailey commented: "We are constantly striving to ensure that players get the most out of their gameplay experience, and it’s great to have partnered with a company that shares our belief in providing a unique and immersive gaming experience."

Kent went on to say that the partnership stresses ReelNRG's commitment to expanding the company's footprint globally. He added, "We look forward to enjoying a long and productive relationship with Pariplay."

ReelNRG was founded by Calvin Kent and Amit Majumdar in 2015 and are a fast-growing company. ReelNRG slots are said to engage players with knock-out graphics and outstanding audio effects for a thrilling game experience. The company announced that they had received their license from the UKGC in early December last year.

Pariplay was founded in 2010 and in addition to developing their own games they develop bespoke platforms and integrate games from top providers.