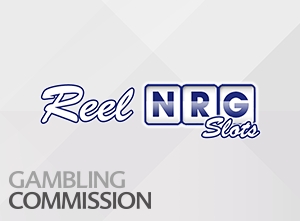 The United Kingdom Gambling Commission has awarded a remote software license to London-based ReelNRG Limited (Ref #49440). In addition to their London offices, the company has developers and freelance teams located throughout the world including in the U.S., India, and Romania. The license will allow the company to provide its games to players in the UK through operators they partner with.

The company appears to be growing rapidly with several recent supply deals including a November integration with the NYX OGS platform, and an October strategic partnership agreement with Pariplay. Both companies delivery content from a variety of providers, along with their own games, to operators and players in regulated markets worldwide including the UK. ReelNRG plans to continue rolling out their games with new and existing partners and operators.

ReelNRG CEO and co-founder, Calvin Kent said of the important regulatory event: "It is a hugely significant milestone for ReelNRG to be granted a license by the UKGC, as we continue to build on our engaging portfolio of slot games.

"When it comes to online casino, the UK is one of the world’s most developed and significant markets, and we are looking forward to playing an active role in its future growth."

Among the developer's most popular games to date are titles such as Shanghai Respin and Goddess of Asia as well as Dragon's Castle and Snow Wild. In October the company signed with BetVictor, increasing their footprint into Chinese and German language markets as well as most of the rest of Europe. BetVictor is licensed in Gibraltar for players the world over, except those in the UK who rely on the operator's UKGC license (Ref #39576). BetVictor was founded by William Chandler in 1946.

Assisting in the BetVictor deal was the company's association with Isle of Man content aggregator, GAMEIOM who supplied the platform for integration. A month later, Kent commented on the partnership, saying: "ReelNRG is delighted with the deal, that has secured the delivery of our content onto Gameiom’s reliable platform. Gameiom provided a quick route to integration, which was very exciting for us and we will continue to ensure we deliver the best gaming experiences to their players."

GameIOM is also licensed by the UKGC for software and remote casino operations (Ref #46360).