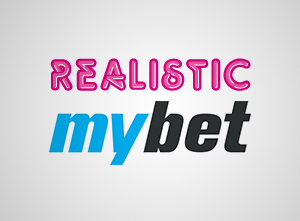 Realistic Games is a company that has been doing particularly well over the past few years in terms of the quality of the content they have been putting out, and this has gotten the attention of a lot of major operators. This has also led to them getting their titles in front of a lot of new players thanks to new content distribution deals like the one they recently announced with Mybet.

Details on This Distribution Deal

The way that this works is that Mybet will be receiving titles from Realistic Games due to their distribution through the NYX Gaming Group's OGS platform for online casinos. This will include their entire portfolio, and their content will be released on a regular basis until it's all available there. This is a key deal that gets their games in with a very popular operator, and it's a testament to the quality of the content they have been putting out consistently for quite a while.

The first of their titles to be released at Mybet will be their roulette and blackjack titles. While it might seem strange that table games are the first ones released, some of their best online slots will be coming right behind them, which is probably what most players will be looking for since it's what this software developer is most well known for at this point.

Realistic Games has gotten a lot of recognition for their slots content specifically. They have been nominated for the Game of the Year award at the EGR B2B awards for the past four years in a row, an award that's known for being one of the most important in the industry for individual games. They are also the current Mobile Supplier of the Year for the same set of awards, which is obviously a major accomplishment.

It's tough to say what's going to come next for this company. They are obviously going to continue to expand with strategic deals with key operators, but they also have a new release schedule to contend with. We're looking forward to whatever comes next for this company, and it's looking like they're on track for 2017 to be their best year ever.