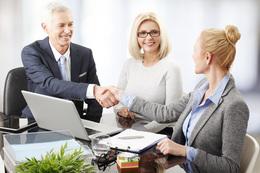 New content deals have been happening left and right lately, and there's yet another that affects Realistic Games this time. They've signed a deal that will have a lot of their content featured on the Bede software platform, one of Rank Interactive's key products. This includes all of their new games like the Super Graphics Super Lucky line, Fireworks, 6 Appeal and others. It's a cool deal that gives Realistic Games even more exposure.

Online casino software companies used to sign exclusive deals directly with operators, and this meant that one operator would use one software provider only for providing games to players. Those days were marked by there only being a few software companies that were well-known at all. As many more companies came along, it became necessary for online casinos to offer slots and other games from a variety of providers. As such, companies like Rank Interactive started producing software platforms that combined games from multiple providers in one program that they could offer to casino operators.

The Bede platform is one such combined software platform with games from a variety of providers. The key to these platforms is that they eliminate a lot of work for the operator by making sure all of the games they've gotten through content deals like this one with Realistic Games work together and that there are no software issues for the end user. It's a great deal and the natural evolution of the industry as we have more and more providers that have a small number of high-quality games.

Something that's really important for the Bede platform, and any other combined software platform for that matter, is the inclusion of a variety of high-quality titles. There are tons of slots providers out there today, but not as many companies produce good table games, and to achieve a good balance of titles, they need both. Rank Interactive seems to have everything under control, and by adding great titles from companies like Realistic Games, they're making sure that the players who end up on their platform will absolutely love their experience overall without a doubt.