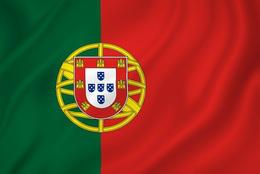 Regulation for the online gambling industry has been sweeping over Europe, and we're seeing the results of that once again in Portugal. They have finally set up their own regulatory structure, but much to the dismay of some players, licenses will not be issued until the beginning of 2016. Even though players will have to wait a couple more months, this is a great sign that they're taking things seriously.

The Nature of European Regulation

Europe has a fairly atypical and unique regulatory situation where each individual country has to come up with their own licensing approach, but these are certain levels of fairness that are enforced by the European Courts. This is similar, though not exactly the same, as how individual states in the United States have to regulate the industry individually. However, the European countries don't have far-reaching, ridiculous laws like the UIGEA to contend with, so it makes things a bit easier on them since they're actually encouraged to regulate the industry instead of facing roadblocks from politicians and special interest groups.

So far, everything indicates that the new Portuguese regulatory body and guidelines are pretty much in line with what's expected in Europe these days. Companies can apply for licenses so that they pay fees and taxes in exchange for operating in the country. The country gets revenues for social programs and a general padding of the budget, and this creates a win-win-win situation from the government, operators and players, especially since some of these funds are used to provide help to compulsive gamblers.

The Future for Portugal

For now, all we know is that the implementation of licensing will happen in the first quarter of 2016. As far as anyone can tell, licenses for sports betting, slots, table games and poker will all be in the mix. Some countries have tried to prevent slots from being played in the past, but they eventually gave in to complains from players. This makes sense consider slots are probably the most-played genre of casino games out there, so banning them misses out on a ton of revenue. As far as enforcing their licensing, it's not known if they're going to look at ISP-level blacklists or other measures, but we're sure something will be used to aid enforcement.