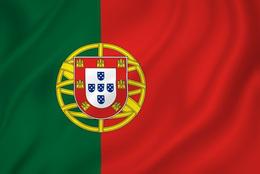 eCOGRA is known for being one of the most important independent entities in all of online gambling. Right now, their Safe & Fair Seal is considered to be the single most-important certification that an online gambling site could have. Portugal's new regulator SRIJ has recognized this, and now they've made a deal where they will be using eCOGRA as a testing company. This is a great deal that will definitely help the industry as a whole in Portugal.

What eCOGRA Will Be Doing

eCOGRA's role in the Portuguese operations will be as follows. First, they will be certifying all types of technical systems for gambling operations. This includes giving approval (or not) of the operations in terms of compliance to Portuguese regulations, and they will be certifying these companies on a regular basis to make sure that they are staying within the correct bounds in different areas. Because eCOGRA has been doing this type of thing since 2003, they have more experience than any other independent entity, and they're widely regarded as the most trustworthy.

Something that's really important to realize about this is that it takes things one step closer towards having international standards. One of the biggest problems right now is that different countries have different laws and regulations when it comes to online gambling. If they were to all use the standards of an independent certification body like eCOGRA, then that would make things much easier on everyone. It would also help to make sure that uniform standards are seen in different countries, and this would make it much easier for bigger operators to offer their services to players from all over the globe.

The inclusion of eCOGRA into the fold is only going to help online gambling in the country. The standards that they have set in the industry with their team of more than 50 employees are really hard to match because they are high-quality and consistent in what they do. Their regulator SRIJ has shown that they're looking for the best when it comes to their certification, and they haven't settled for less than that. This shows that their industry has promise in the future because they aren't going to take shortcuts, and they are going to take the policing of the industry seriously.