Play'n GO Expands to the Philippines 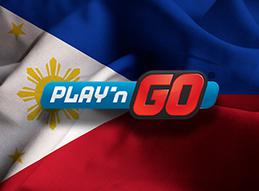 Recently, Play'n GO has announced that the company will soon be expanding its reach to the Philippines. This adds yet another market to their already extensive network of countries they operate in.

One of Only a Select Few

The Philippines market is tightly regulated by the Philippine Amusement and Gaming Corporation, more commonly known as PAGCOR. They run a very rigorous organization, and they are notorious for denying any company that does not precisely fit into their high standards.

In fact, PAGCOR's primary focus is to "attain and enforce a regulatory framework that preserves the integrity and propels the development of the gaming industry" in the country. This lofty standard means that there are plenty of games providers that do not make the cut.

The fact that Play'n GO has been accepted is a testament to their work ethic, reputation and standards of quality.

With the Philippines market now open to them, Play'n GO has the opportunity to expand their reach even further and solidify their position as a leading industry name.

CEO Johan Tornqvist said that "this authorization opens up a wealth of new opportunities for us in the region and fits perfectly with the strategy that we plan to implement in the coming future."

He also mentioned that the company already has a very strong and solid presence in most other regulated markets. The addition of the Philippines market falls directly in line with their long-term strategy for continued growth in the industry, and it increases their standing overall.

Play'n GO has been a part of the online gaming scene since 2005. They quickly carved out a place for themselves by recognizing the potential for mobile slot gaming and becoming one of the first to capitalize on this potential.

Their innovative approach to the idea of mobile slot gaming completely revolutionized the online casino industry as a whole, and they are credited as a main driving force behind the industry shift that took place.

Since then, Play'n GO has never stopped creating award-winning and innovative content, which is why they are a consistent forerunner in the casino supplier market. The company boasts a huge portfolio of stellar games as well as a catalog of back-end services for casinos, which makes them an all-around powerhouse.