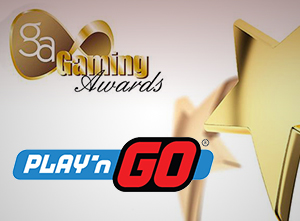 Play 'N Go has had a few big years back to back with their releases, and this has caused them to gain quite a bit of momentum. This momentum continues in 2017 with two IGA nominations. The International Gaming Awards are considered to be some of the most important awards of the year, and this just goes to show how well Play 'N Go is doing.

The two categories for these nominations are Slot Provider Product of the Year and Mobile Product of the Year. These are extremely important categories because they have the toughest competition of virtually any of the other IGA categories, and if they are able to take down either of these (or both), it will be a pretty big deal. There's a ton of competition because 2016 was one of the biggest years for huge releases, and several companies were trying to out-perform each other with video slot releases along those lines.

Just in time for these awards, Play 'N Go has a new release called Jade Magician. This slot has a number of features that largely center around free spins and extra chances to hit winning combinations, and there are other titles coming in the first quarter of 2017 as well. This will be a great strategy to build even more momentum, but they're going to have to keep it up if they want to beat out everyone else for the remainder of the year instead of fizzling out.

With the way the industry is structured now, Play 'N Go is in a great position overall. They are producing awesome games, and they're always in the conversation when it comes to the top 10 or so developers in the industry. They're going to have to kick it up a notch if they want to make it to that absolute upper tier, but there's nothing really wrong with maintaining their current position considering how popular they are right now. Overall, they'll have great chances in the International Gaming Awards, and we'll have to see if they're able to pull either of the actual awards.