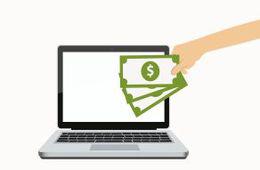 In the online gambling world, a name can mean everything. This is even more true for payment processors, who are often considered the front lines for trust because that's where a player puts their money first. After Optimal Payments brought on Skrill in their reverse takeover worth about €1.1 billion, it seems they're looking for a new identity. That new identity could be the Paysafe Group.

Previously, Optimal Payments was more or less the parent company of Neteller, one of the most popular electronic wallets in the world, especially when it came to online gambling. In fact, they once boasted handling over 80 percent of all transactions for gambling on the Internet. Skrill stepped up to the plate in a major way after changing their own name from MoneyBookers, and it was that name change and rebranding that helped to push them towards the top as a strong competitor to then-industry leader Neteller. They must have done something right because Optimal Payments decided to pick up Skrill instead of taking them on in a reverse takeover that got a lot of attention.

If MoneyBookers was able to change their name and branding to Skrill and then go on a tear through the payment processing industry, then it stands to reason that Optimal Payments could change their own name and go on a tear themselves. The circumstances are a bit different because they own the two largest electronic wallets in the online gambling industry and process a majority of payments in the industry as a whole already. With that having been said, there's always room to do more.

One complication for this name change is that they would have to agree to being listed on the LSE's main listing for securities. Chances are this is a step that they will want to take, and there are mostly advantages to this move without any significant disadvantages considering the size of the company and their overwhelming reputation in the industry. It's not clear what changes, if any, would happen for players in the event that their LSE listing is changed and their name is switched over to the Paysafe Group, but what is clear is that it's going to be hard for anyone to take them on in this industry on the electronic wallet front.