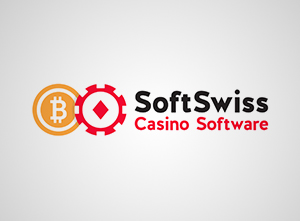 There are different reasons that a company might change its name, particularly in the online casino world. The popular company SoftSwiss has recently changed their name to BGAMING as a part of an overall transition that amounts to redoubling down on providing players with an excellent product. It also comes down to putting together a stronger foundation for developing a successful future for the company.

A Number of New Changes

The name isn't the only thing that's changing. This company has put millions of dollars into this transition, which also has seen them hire up a number of top-tier members for their team as a whole, and this includes plenty of new members with experience from several juggernauts in the industry overall. This is an interesting play with an eye towards investing for the future by the company previously known as SoftSwiss, and it goes to show that they are serious about continuing to be competitive and pushing as hard as they can to get ahead of the rest of the competition.

New Titles for the New Name

A number of new games were released at the International Casino Expo earlier this month in London as well. This includes games like Aztec Magic Deluxe and Platinum Lightning Deluxe. Their games are being rebranded to the new name, and they're continuing to serve players with the same level of high-end service and fairness in what they have to offer. They're just kicking things up a notch and putting together a strong team so that they can continue to be excellent in the future.

About the New BGAMING Brand

The idea being BGAMING is that their mission statement has changed to "transforming gambling into gaming." The idea behind that is that they have a new vision they're really rallying behind, and we hope that this includes the ways they have stepped outside of the box in the past as well as new ideas for the future. It's sure to be an interesting year for this company, and we're sure to see plenty of new releases under the new name along with lots of other news if the momentum they had coming into 2018 is any indication.