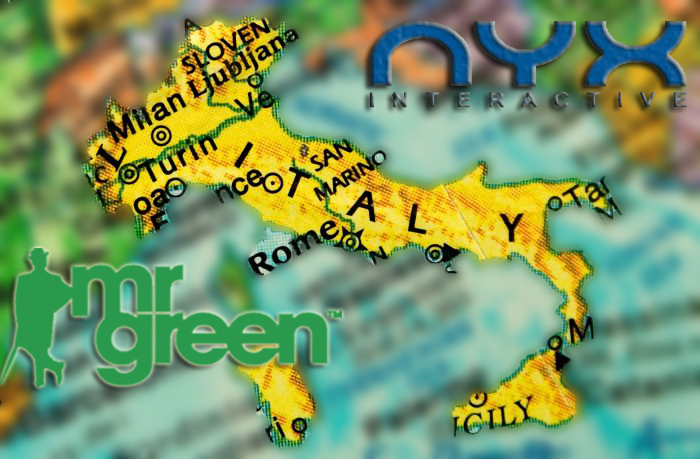 The current state of the regulatory side of the industry puts companies in a position where they have to strategically enter markets and expand inside of them. The NYX Gaming Group has found that this is the case as they expand in Italy, and they have made yet another move to get an even stronger foothold in that country.

NYX's games will now be available at MrGreen.it, the Italian-facing version of Mr Green Casino. They're doing this through the Game360 platform that they previously became a part of, and it shows that the move was worth it because Mr Green is one of the most noteworthy online casino names in the industry today. What's really great about this is how much the players are going to benefit because NYX's inclusion at this Italian-exclusive casino means more great titles to choose from, and that's never a bad thing to add to an existing site.

The standard Mr Green Casino already uses NYX's games thanks to their OGS or Open Gaming System platform. They also use NYX's OPS, which is their Open Platform System, for managing accounts, so they obviously have a very strong relationship with the company. Considering that Mr Green has won awards this year for the top Slot Operator of the Year, it just goes to show that they really know what they're doing, and their relationship with NYX is definitely a part of that. Now that they have connected in Italy as well, it's sure to improve the quality of the experience there as well.

We've reported numerous times this year about NYX expanding into different markets in different ways. They have be patient and really picked their spots, but we're seeing them show up in more and more regulated markets as a result. We see it now with their deal to get into MrGreen.it, and we've seen it previously when they became a part of the Game360 platform in the same country. They have done great in this aspect of their overall business strategy this year, and we want to see how they continue this in the upcoming year as well.