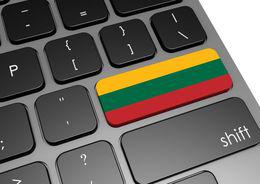 Lithuania has only somewhat recently put together a licensing agreement and regulatory setup that allows online gambling to happen on a larger scale in the country. In what's an incredibly important event, the very first deal for offering licensed and certified online casino games in the country has been signed between Tom Horn Gaming and TOPsport. The former will provide games to the latter in this agreement.

New Games for the Lithuanian Roll-out

Tom Horn has announced that they have some new titles that will be coming out in time for their Lithuanian launch. Their already existing titles, which have a bit of a following, will also be added for TOPsport, and this includes games like Fire and Hot, Blackbeard's Quest and Dragon Egg. These games have seen a lot of success in other parts of Europe, and they're expected to be big hits in Lithuania as well. Some of these games are already running on the TOPsport website, so players will be able to get in on the action whenever they're ready.

TOPsport was the very first sports betting company to run with Lithuanian approval starting back in 2001, and now they will be the first company offering online casino games in the country with licensing and approval as well. This makes them the number one overall gambling company in Lithuania on both the land-based and online fronts, and it illustrates how they seem to have a habit of making history. With this history in mind, it's no surprise that they continue to be the largest gambling company in that part of Europe.

The online slots and other games produced by Tom Horn have gotten a ton of attention and great reviews. A large part of this is the fact that they combine solid graphics and great gameplay, and this has been the winning combination in the slots industry for quite a while. If you're a fan of slot games that go above and beyond the usual standard set of features and payouts that we typically see in today's industry, then this is a great software company to do it with.