New Financials Have Been Posted for Bet365 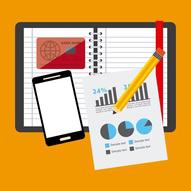 Operating in Europe as an online gambling business is especially tricky right now. There have been a number of major changes to how regulation works in different countries, especially in the United Kingdom with a completely revamped tax system over the past year, and new changes are happening in various countries all of the time. It's not enough that a business has to keep up with all of these changes or face penalties but taxes and fees are generally increasing faster than profits can keep up.

Growth for the past year has been positive with a 92 percent increase in pre-tax profits. This comes to a total of £410.2 million for Bet365, and it's led by a 43 percent increase in the number of people betting on sports. An increase of about 33 percent was seen to total sports wagers thanks to in-play markets, the fastest-growing segment of the online sports betting industry, and that just goes to show that Bet365 is staying on top of innovation in everything like they always do. It also shows that it's paying off.

One particular interesting piece of information to come out of this edition of the Bet365 financials is that they increased their total number of employees by nearly 10 percent. This comes to around 3,000 total employees, and they are the largest employer in Stoke-on-Trent as a result. They also paid out £10 million to a variety of charities in spite of the fact that the Coates family (who owns Bet365) only took in £75 million in dividends this year. This is in comparison to £95 million in the previous year.

The big story for Bet365 in the past 12 months was how they adapted to the UK tax changes. By and large, they moved their foreign (non-UK) operations to Gibraltar and continued paying normal UK taxes, so the increased taxes and fees didn't affect them as much as it did some of the competition. They are continuing to expand into more jurisdictions as well, and they could hold licenses to operate in as many as a dozen countries by the end of the year. Things are continuing to look good for this company.