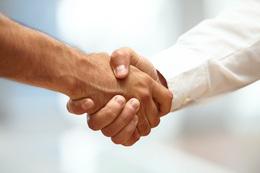 With the nature of today's online casino environment, content distribution deals are an extremely important part of the growth of modern casino software companies. Quickspin is a good example of a company that's worked hard to provide high-quality titles to their players through distribution deals like these, and their newest deal with SBTech is a good example of that.

Details on the New SBTech Deal

Quickspin's entire portfolio of games will be available through the Chameleon360 online casino platform, the platform offered by SBTech. This includes mobile games as well through the SBTech Touch option, so Quickspin will be getting plenty of their slots released to players across multiple platforms, which is sure to help them in the long run. This is important because it means having every version of their games available instead of just the computer-friendly version, which is a mistake that some software providers have made in the past.

The Names That Quickspin Joins

The current environment for game providers in this industry gives Quickspin an opportunity to stack up against the best that SBTech's software option has to offer. Their games will be alongside titles from BetSoft, Net Entertainment, Microgaming and other giants in the industry, and this gives them another opportunity to face off and show that they have what it takes to hang with the juggernauts of the business. This also helps players out by giving them a wider range of games to choose from, and that's awesome because it shows that this is a win-win situation for everyone.

What Quickspin Has to Offer

Quickspin has online slots and other games that focus heavily on bonus features. Their feature-driven style makes them fit in really well with the other top providers in the world right now, and it makes sure that their games are up there with the best in terms of popularity once they are put in front of the same audience. Right now, Quickspin's biggest weakness is that they don't have the size of a portfolio as some of the other providers, but they're working on that with frequent new releases. We're interested to see how 2016 continues to go for this company along those lines.