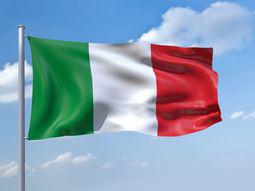 In Italy, online gambling and retail gaming are not often thought of as being a part of the same industry in many cases. They are regulated a bit differently, and there isn't usually a lot of crossover between the two. Net Entertainment has taken a step to change that with a new deal that sees them entering the retail market. This deal is thanks to the Gauselmann-owned Merkur Gaming and their position as the top provider of regulated retail machines.

What's Involved in This Deal

For this deal, Net Entertainment is going to be providing their games to Merkur for their collection of around 3,000 retail machines in Italy. Their online slots are obviously a hot commodity in the online market right now, and this isn't the first time they have shifted over to the land-based retail market either. As a matter of fact, their games are running on terminals in multiple European countries, including the United Kingdom.

For the time being, Eggomatic and Starburst, two of Net Entertainment's most popular games, will be the first games added to these platforms. More are likely to come later in a progressive rollout plan.

There has been a lot of heat towards Italy for how they have regulated online gambling over the past few years. Some of their policies were seen as out of touch and borderline regressive in some instances, especially with regards to the separation of table games and slots. They've changed most of what players and industry officials have complained about, and they have a pretty good market going at this time.

Closing Out 2016 With NetEnt

Net Entertainment doesn't seem to ever have a bad year. In fact, it's almost like every year they do better than they did the year before, and 2016 was like that so far. They've had some pretty major releases, kicking off the year with the NetEnt Rocks! line of slots. They've expanded into new markets, including both online games and land-based retail machines, and it just goes to show that players appreciate high-quality games no matter how they choose to play.