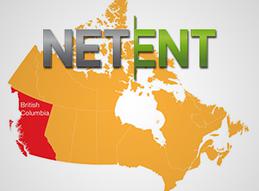 The laws concerning the regulation of online gambling are somewhat different than those for European countries. For example, virtually all types of online gambling regulation is left up to the different provinces that make up the country. However, not all provinces have regulated the industry, and not all types of gambling are allowed, often according to rules that are, frankly, very weird.

The British Columbia Lottery Corporation is the only regulated operator for the British Columbia province in Canada. It's actually owned by the province itself, since only state-owned operators are allowed to run in the provinces as per federal law. They have recently added Net Entertainment to their lineup of games, which should give them a more competitive edge in what is a strange situation for the industry in the area.

A major issue in the Canadian provinces, British Columbia included, is that there is no real enforcement of online gambling regulations. Players can just as easily get in on the action with foreign, unlicensed operators as they can with the BCLC's web portal, which is the only regulated option. Moreover, the BCLC has historically had a much less competitive operation going than the other options players have, which at one time had them capturing only around 10 percent of the play from the province as a whole. Adding NetEnt's titles, particularly their online slots to their portfolio should move that needle a bit and help them to pick up more of the market.

Other than issues with enforcement and issues with not allowing third parties to operate online gambling sites in the provinces, the regulatory structure for Canadian provinces has a lot of positives. For instance, they add tons of money to funds for public education and health care, and they also have programs in place to identify and help problem gamblers. In short, they have certain administrative issues that could be better, but Net Entertainment gaining a foothold in yet another North American market is very exciting.